Symbolic by design, a Hard Rock Hotel & Casino is under construction in Florida. It will be the world’s first-ever guitar-shaped building. Formwork systems from Doka give the complex its unique contouring.

Hollywood, Florida – The new Hard Rock Hotel in Florida will raise pulse rates among music fans everywhere. It will be the first-ever guitar-shaped building anywhere in the world. Standing 125 metres tall, looking like two guitars set back-to-back, the hotel will have 638 rooms. The motif is a favourite of Hard Rock Cafe International, Inc., but this is the first time the company has ventured to build a structure resembling the actual musical instrument. Vertical slats along the tower’s centreline suggest strings, and horizontal dividers are reminiscent of a guitar’s frets.

With completion scheduled for 2019, the new complex will house the hotel plus a hard-rock concert hall seating 6,500 and incorporating its very own TV studio and broadcasting centre. It will also boast a wellness area and spa with a floorspace of just over 31,000 m², along with restaurants and retail facilities covering 5,600 m². The casino will have a new poker salon measuring 1,672 m² and 3,000 new slot machines.

The original Hard Rock Cafe was opened on 14th June 1971 on London’s Old Park Lane, in the premises of a former Rolls Royce dealership, by US American entrepreneurs Isaac Tigrett and Peter Morton. Hard Rock Cafe, HRC for short, is a chain of themed restaurants, hotels and casinos operated by Hard Rock Cafe International, Inc. There are now more than 170 outlets in over 50 countries worldwide.

Climbing at the touch of a button
Doka’s Super Climber SCP self-climbing formwork and working platform is perfect for projects like this. Any floor plan can be formed quickly and flexibly with this modular formwork system for highrise cores. At the touch of a button, high-performing hydraulic cylinders climb wall formwork – Large-area formwork Top 50 on this project – and working platform to the next pouring section in a single lift. “One of the main advantage of working with Doka’s Super Climbing System is that the pump is included in the system avoiding extra work and unnecessary movements. The fact that everything is connected you don’t have to worry about weather conditions, work can keep flowing and your people are safe on the system”, emphasizes Ronal Esquivel, Project Manager from Liberty Baker.

As well as configurations with anchoring to the structure on both sides (as in shafts), there is also an extended solution which makes it possible to transfer the forces on one side only. This makes it easy to use the system where there would not otherwise be enough walls, or where there are openings in the opposite walls. For even faster cycle times, the reinforcement operations can also be carried out above the platform. The system makes it possible to suspend working platforms that reach deep down into the shafts, enabling the crew to start carrying out finishing-jobs while the concreting works are still under way. What’s more, the Super Climber SCP offers a high level of safety for the entire jobsite. Fully enclosed workspaces enable work to proceed in safety and without adverse effects from inclement weather. There is plenty of space on the platform for setting down reinforcement and site equipment.
Project: Hard Rock Hotel and Casino
Location: Hollywood/Florida, USA
Type of structure: Hotel and casino
Height: 125 m
N° of storeys: 38
Number of hotel rooms: 638
Developer: Seminole Gaming and Hard Rock International
Construction work by: Suffolk Construction Concrete Contractor: Liberty Baker JV
Architect: Klai Juba Wald
Start of construction: 2017
Scheduled completion: 2019

Products and Solutions in use

The gang form system for all shapes and sizes

For forming columns from the Frami Xlife "construction kit"

This could also be of interest for you:

Innovation Award of Excellence for DokaXact

Doka has been awarded an Innovation Award of Excellence by the CTBUH 2021 Awards Programme for its DokaXact system. The award will be presented during the CTBUH 2021 Conference, which will be held virtually for the first time from 18-20 May.

Bring Doka Safety Solutions to your Next Safety Meeting!

Celebrate safety where you work and demonstrate your continued commitment to building a stronger, safer industry. Bring Safety Week to life at your company by planning events on your projects and in your office. 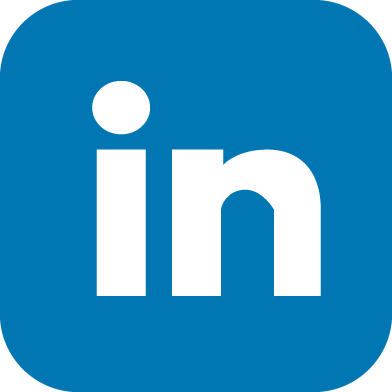 Do you have any questions on the article? Get in touch with us!

Thank you for your interest - Livin' like the rock stars.

Please, fill in the form below to receive more information on this topic and access it conveniently from your email later.

All listed fields are required. By using our site, necessary cookies are set on your device for the execution of the service. Find out more in our data privacy policy https://www.doka.com/data-privacy.

Thank you very much for your interest - Livin' like the rock stars.

A link with further information has been sent to the provided e-mail address.

You can now switch back to the QR code reader to request information on other topics. You have the option to save your contact details to be automatically used for your next request.

Do you consent to the use of cookies and the processing of personal data associated therewith?

You can find more information on the use of cookies and opt-out options in our privacy statement.

You can find more information on the use of cookies and opt-out options in our privacy statement.